The Quackenbush in America began with (Holland born) Pieter Quackenbush who with his wife and a couple of children arrived in Albany, New York circa 1660. Harmon Quackenbush, a Revolutionary War patriot, was born December 5, 1738 at Schaghticoke, New York.

This Bible printed in Holland originally owned by Peter Ackart was purchased by Harmon Quackenbush of Schaghticoke, New York 28 May 1775 and is housed at the Arvilla Diver Memorial Library of Schaghticoke, New York. Harmon was married to Judith Morrel about l764  The Bible (image below)  was purchased of Harman Groesbeck and Genet Winney, the two Elders of the Church at that time for the sum of four pounds, two shillings, zero penny which is paid by the said Harmon Quackenbush. On the inside cover : handwritten  1738 December 5 Harmon Quackenbush was born, Departed this life the 15th of May 1824. Page directly after face plate lists the birth of his wife 1739 April 26 and followed by all the children, 1759 December 22 then is born my eldest daughter, Alida.  Alida married Daniel Bradt (AnthonyBradt & Rebecca Van Der Heyden ) and their daughter Judah Bradt b. 17 Nov. 1786 married William G. Waldron at Schaghticoke 9 May 1804. They had 14 children -the family resided in North Creek, New York.

) Ann and Jacob Quackenbush married as written in the Bible 1793 June 30th.

1794 June 9th daughter Agnes Quackenbush was born, 1796 daughter Judy was born November 26th. It is interesting that her name is written as Judy an not Judith. In 1799 a son Thomas was born July 15th.  1802 Feb 8th Maria born, 1804 a daughter Catherine on Sept. 18th, 1808 Nellie (daughter of Jacob & Ann Quackenbush) 1814 Nicholas on June 9th, This child must have died young because a second Nicholas is listed as born 1817 January 19th.  Images & transcriptions thanks to Ruth Urdwary Ft.Crailo DAR. 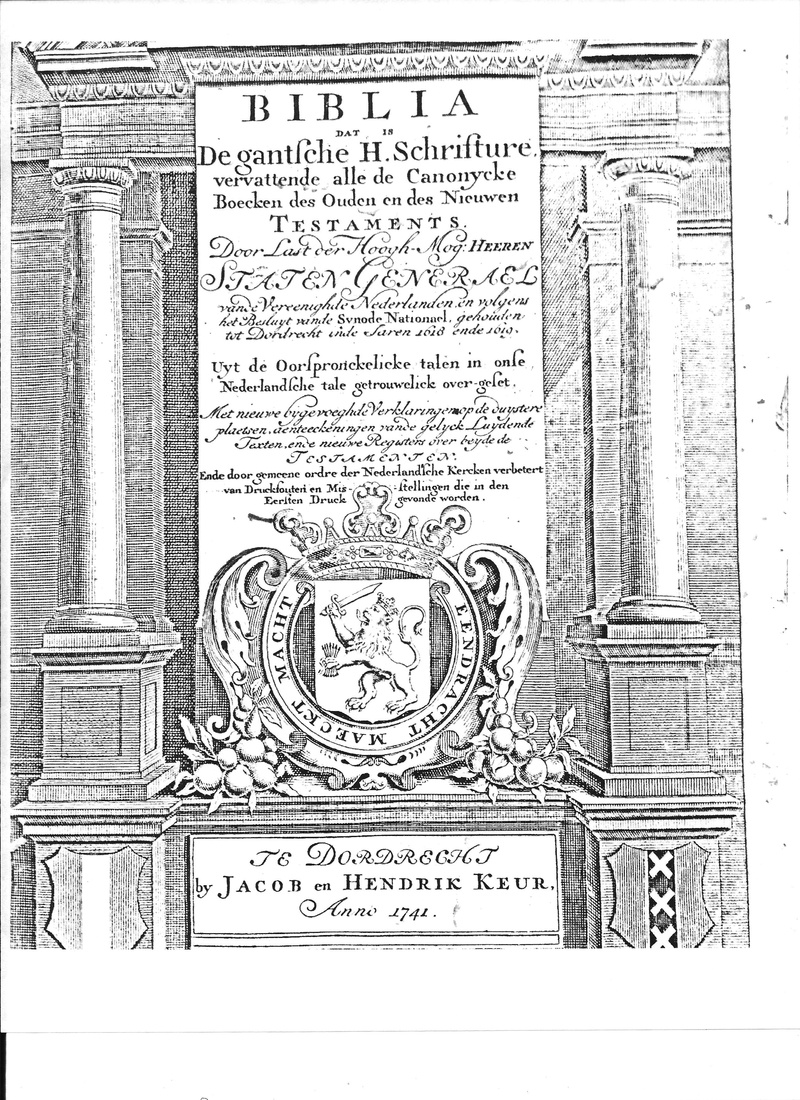 NEW -Beneath the Elms by Gloria Waldron Hukle Published August 2020  is the heartfelt story of the struggles and ever-changing lives of one deeply rooted, gritty, mid 19th century American family, their neighbors and friends, and the entwining relationships of all as they go about living in a small, rural New York township before the Civil War.

Available at www.amazon.com and other book sellers.

Manhattan Seeds of the Big Apple
Threads An American Tapestry
Souls of the Soil
The Diary of a Northern Moon
and newly published "Beneath the Elms" Author Signed copies of "Beneath the Elms and other Hukle titles can be purchased through Heavenly Hollow  and the Bookstore at Warren County Historical Society 50 Gurney Lane, Queensbury, New York 12804